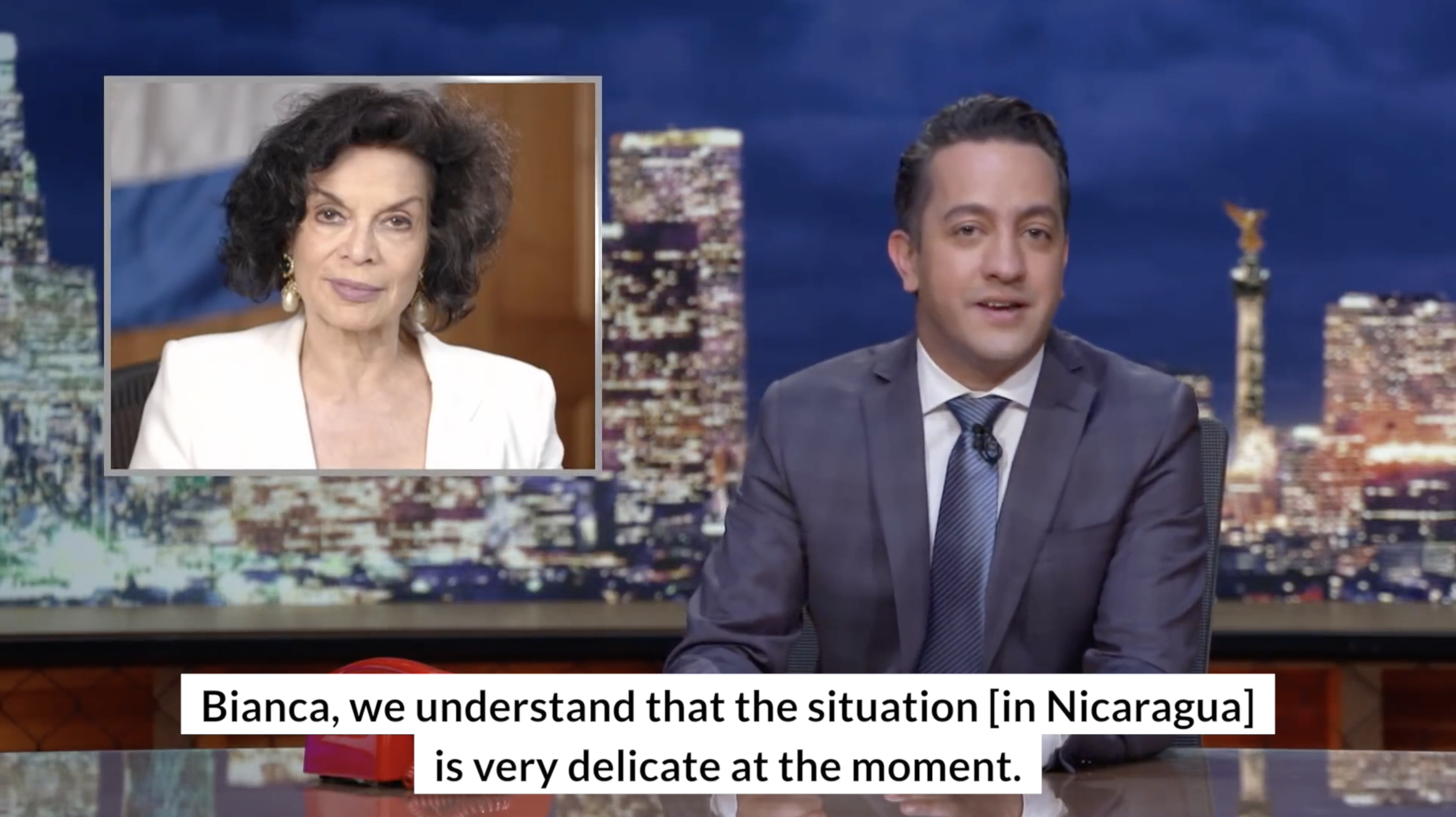 27 Jul Bianca Jagger needs you to help save Nicaragua

Until contacting Bianca, I had no idea what was happening over there, and hadn’t seen anything in the mainstream news. I just thought of Nicaragua as the beautiful, if sometime tempestuous, country I visited in my twenties.

So it’s been completely tragic to learn that the man who freed Nicaragua from dictatorship, and ushered in democracy in the 80s, has become as brutal as the dictator he deposed: slowly consolidating power, buying off or intimidating opposition, increasing inequity, and now killing unarmed protestors.

I can’t imagine what it must be like for the people, and journalists, actually on the frontline in these kinds of situations – in Nicaragua, Syria and elsewhere. It was traumatic enough for us that, during the interview, Bianca was receiving desperate calls from students who were barricaded in a church under sniper fire, and relaying that three young people had just been shot in the head and killed.

I hope that this interview can somehow help those who need it, and am massively grateful for all those who continue to risk their lives fighting the good fight.

The full programme, which is like The Daily Show in Spanish, was aired on HBO Latinoamérica on Friday, and on HBO USA on Monday. You can watch the whole 20 mins, albeit without subtitles, on YouTube, and read a more comprehensive article by Bianca on The Daily Beast’s website (links below).

Thanks to Kendal Kempsey for his sterling camerawork at short notice, and Deborah Bonello for suggesting me to the producers.